In a collaboration with Two Bit Circus, we designed, fabricated and installed a scale model, artistic interpretation of the future of Washington, DC featuring 3D printed buildings and vehicles in the newly opened LocalMotors storefront in National Harbor, MD. We used two of our favorite free, open source software tools to design and build this cityscape: Blender to plan the cityscape and model the 3D printed buildings and drones; and Inkscape to design the laser cut roads, platforms, stanchions, generic buildings and the Capital Wheel.

We used a Lulzbot TAZ 6 to print prototypes, but ultimately outsourced the full production to a local service via 3Dhubs in order to meet our deadline. With the exception of the cardboard buildings, which were made in Los Angeles, all of the laser cut components were fabricated at the FabLab in the Martin Luther King, Jr. Public Library in Washington, DC. The roadways are ¼” cast acrylic sheets and the stanchions and plywood buildings are ⅛” birch, assembled with screws and glue, respectively. The generic buildings are MakerCase files modified with “windows”. 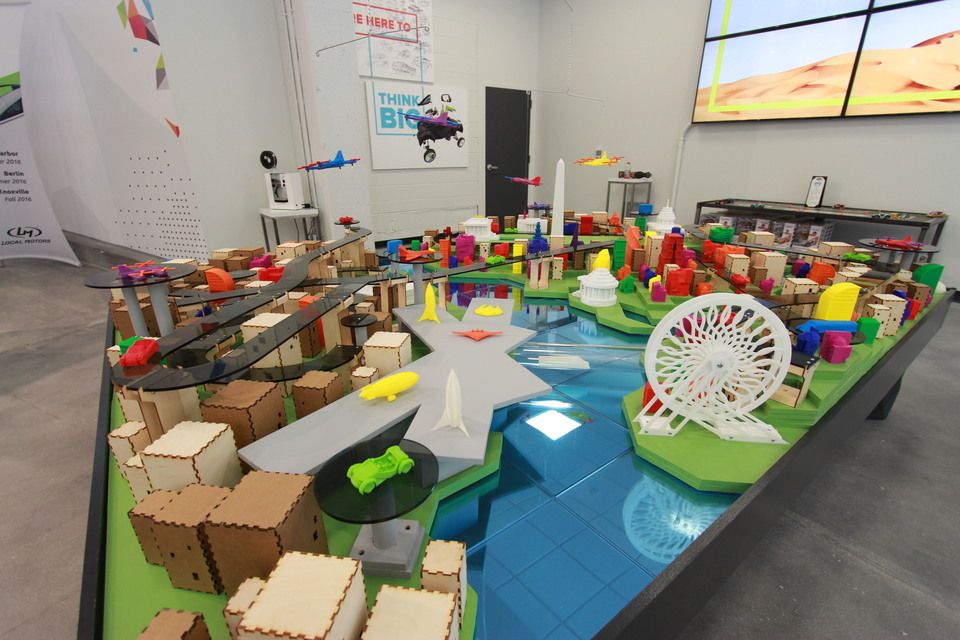 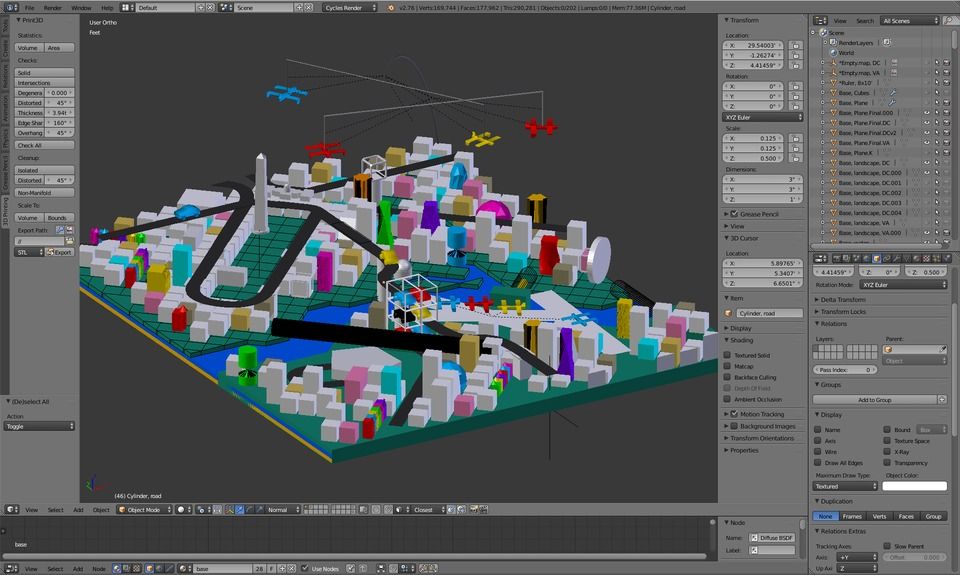 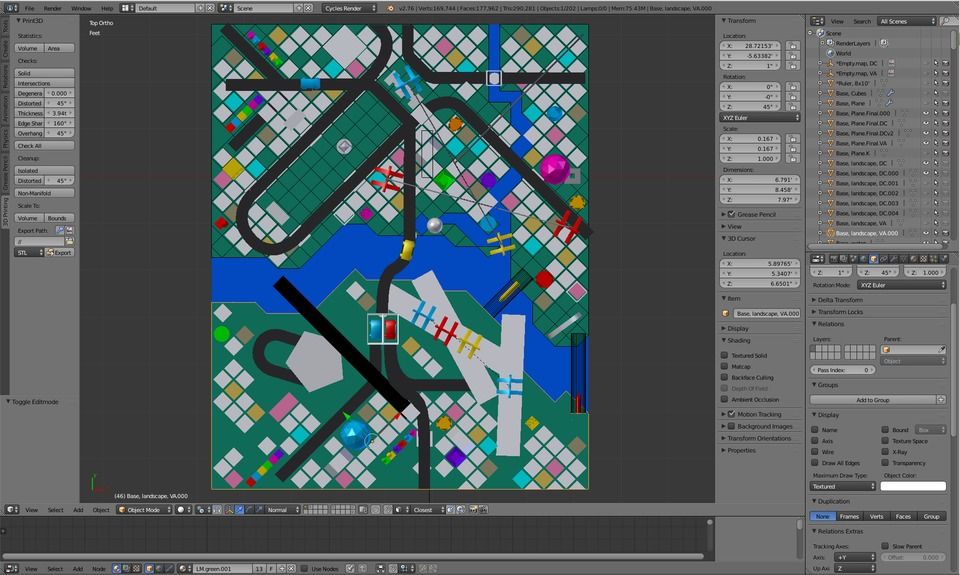 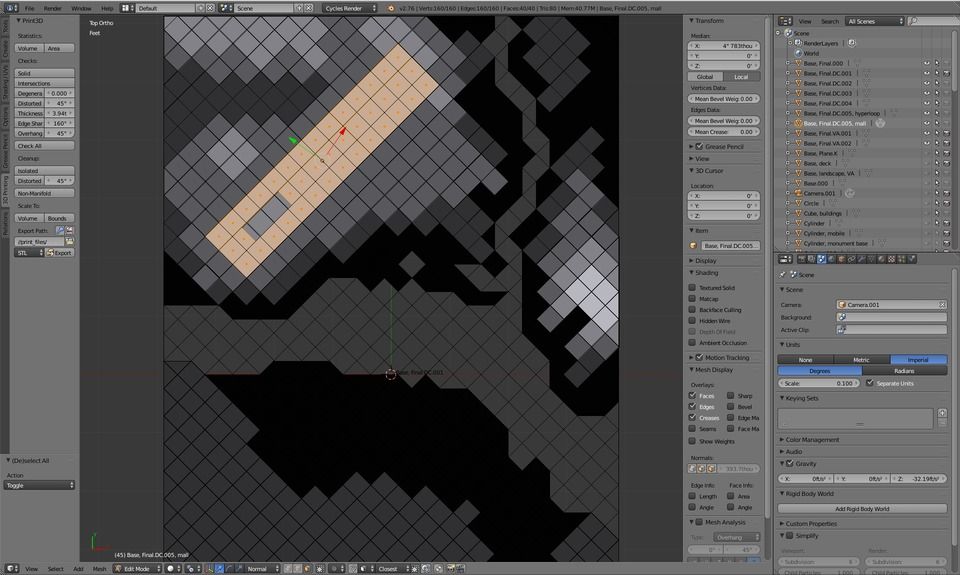 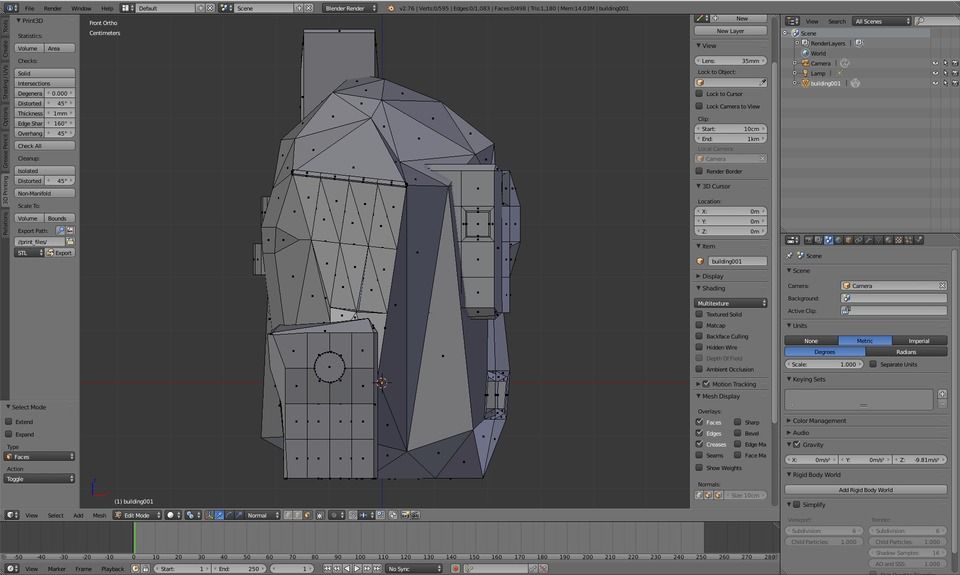 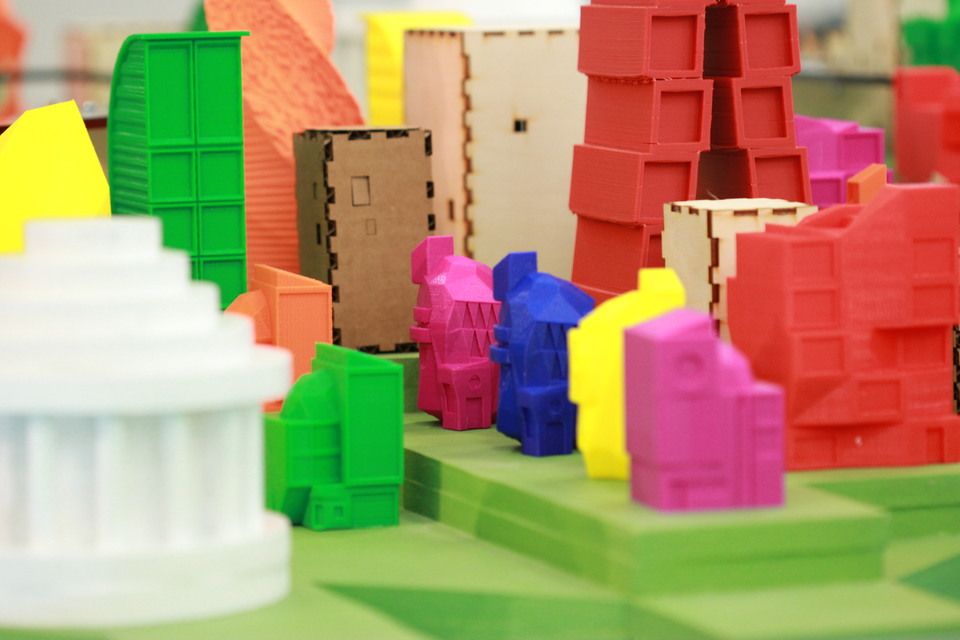 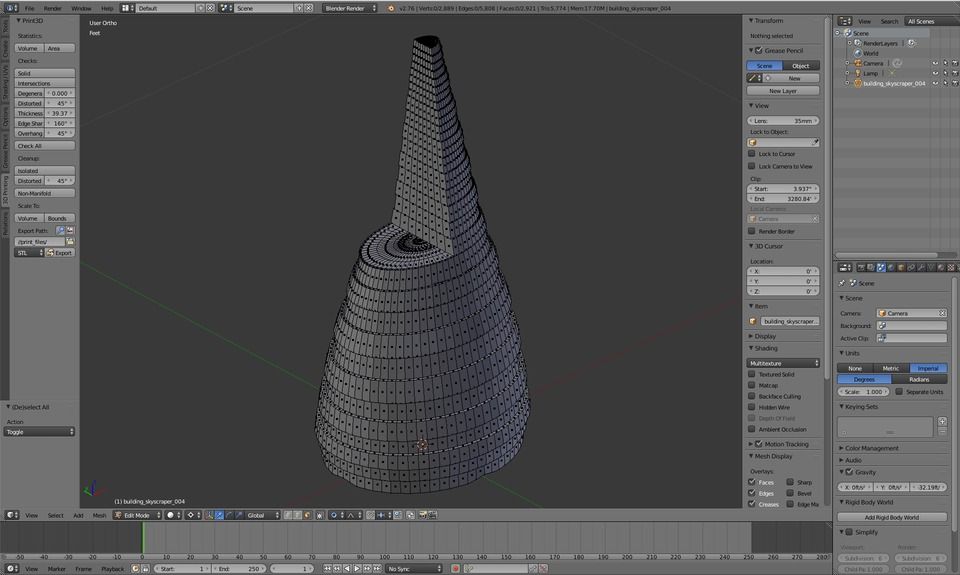 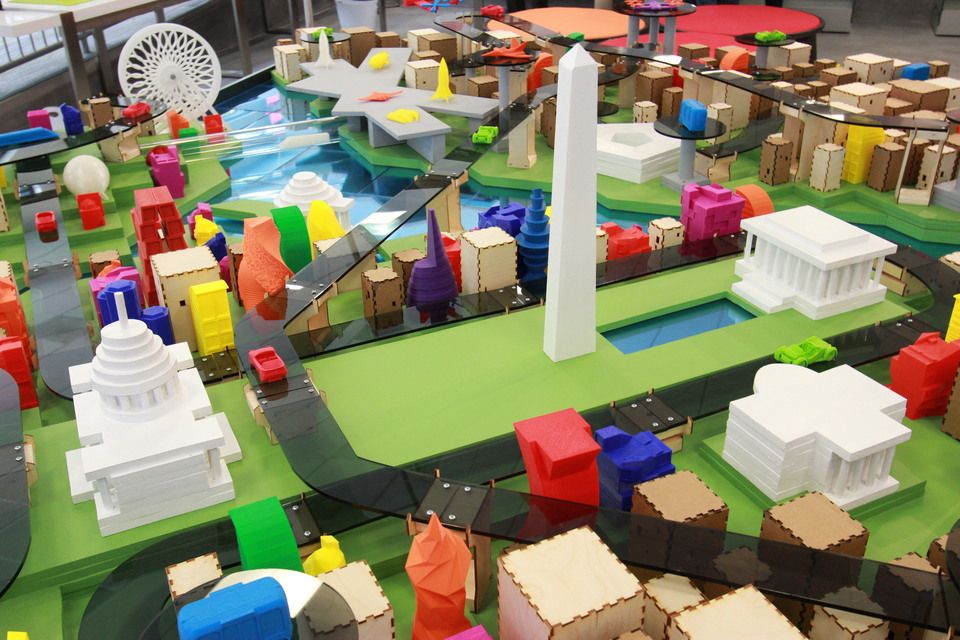 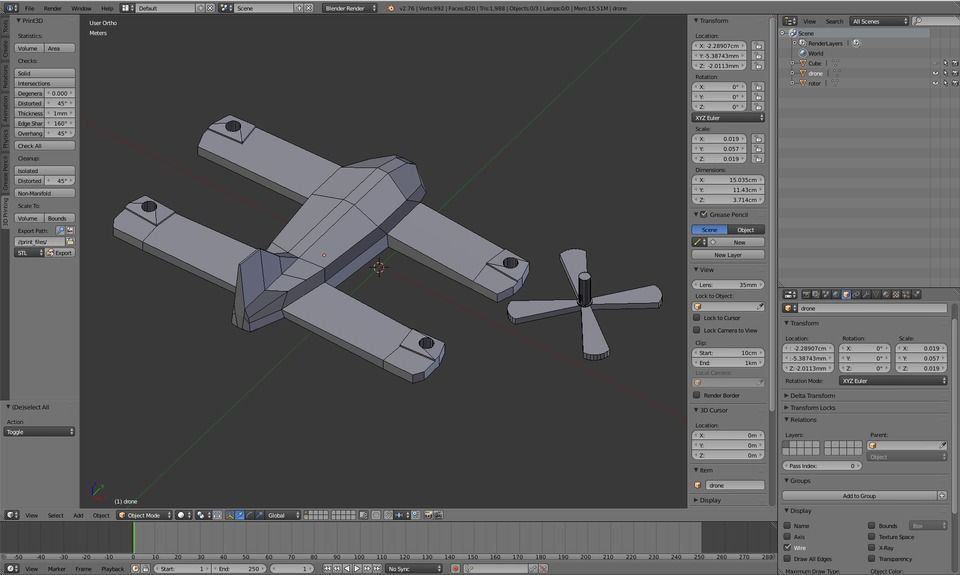 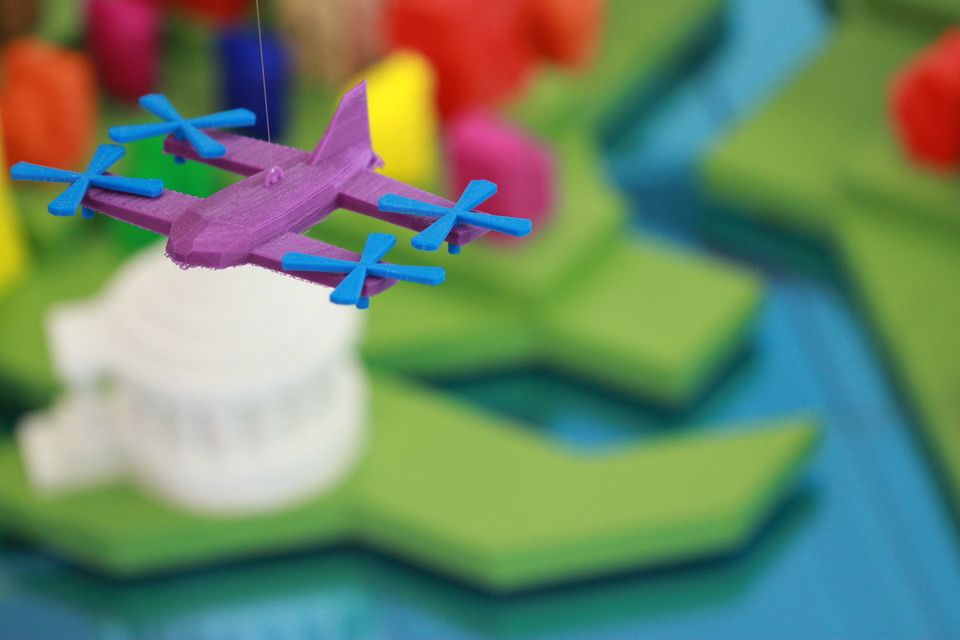 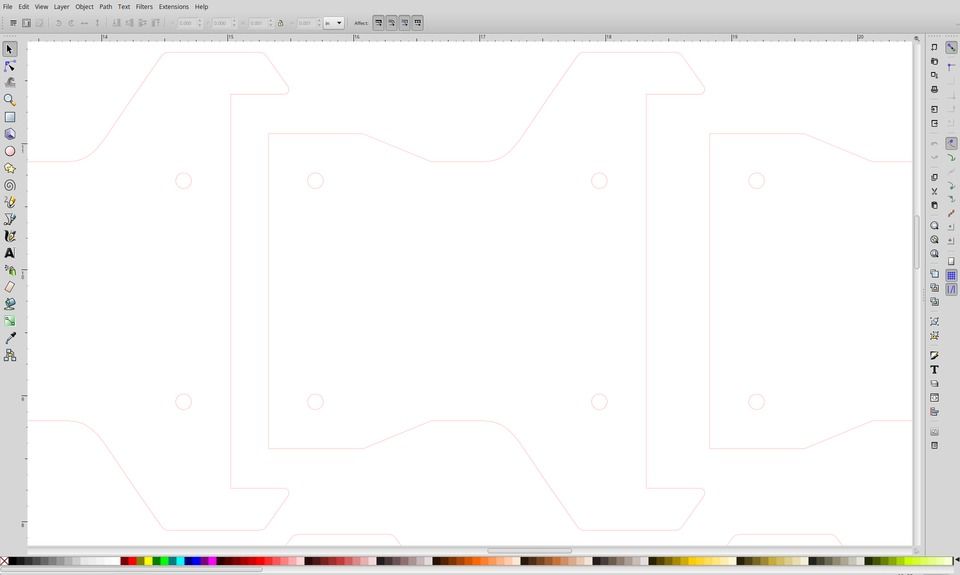 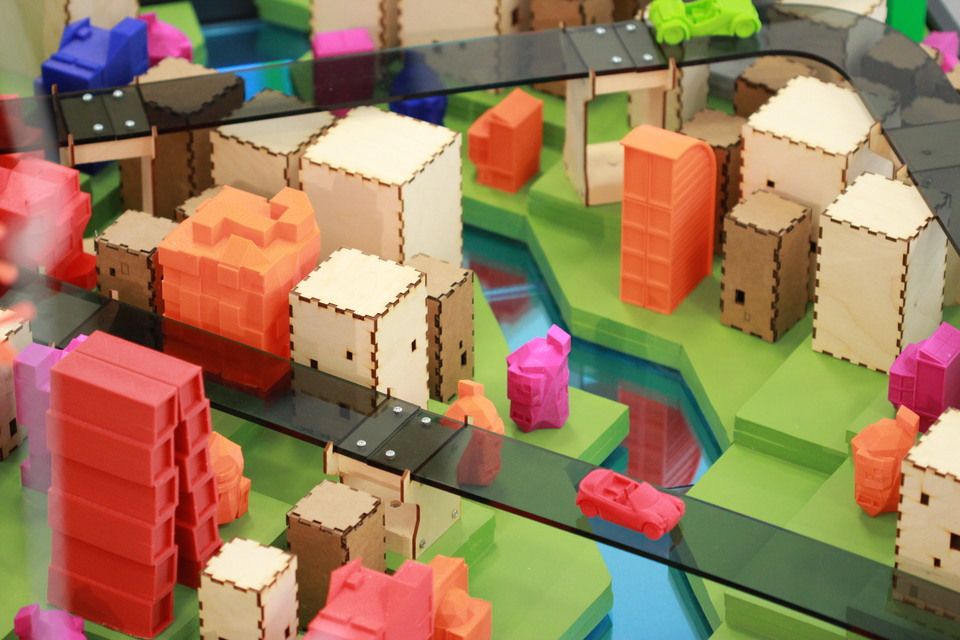 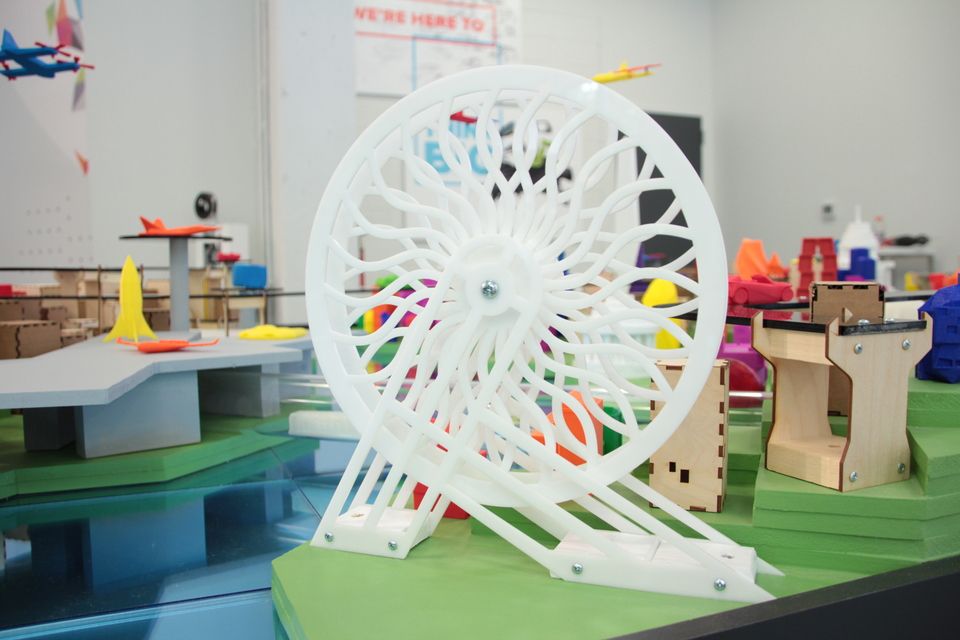 The “water” constituting the Potomac and Anacostia rivers was constructed from four layers of 12×12” cast acrylic sheets, the bottom layer being mirrored and the upper layers a random combination of fluorescent blue and clear. 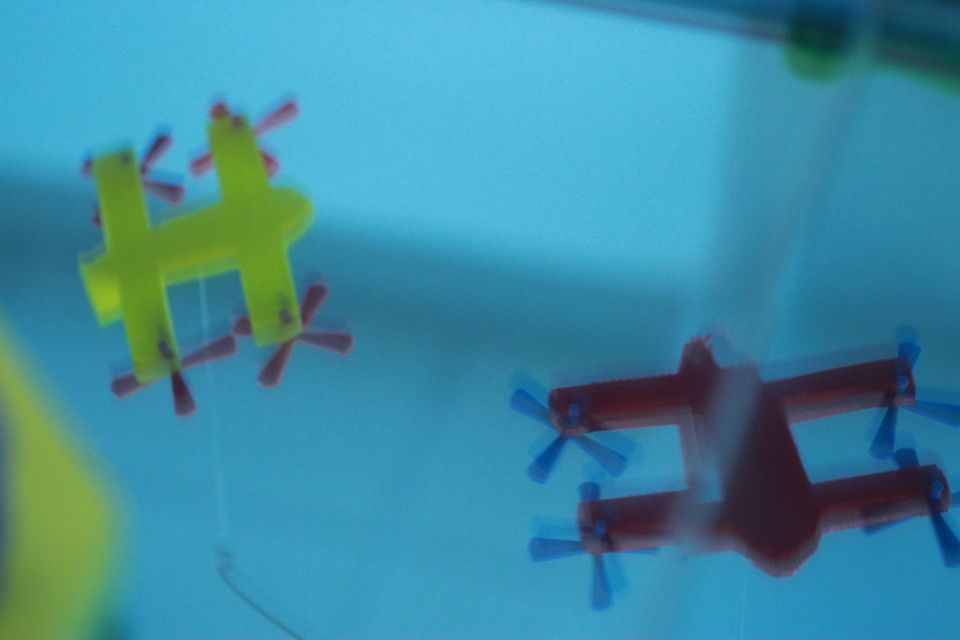 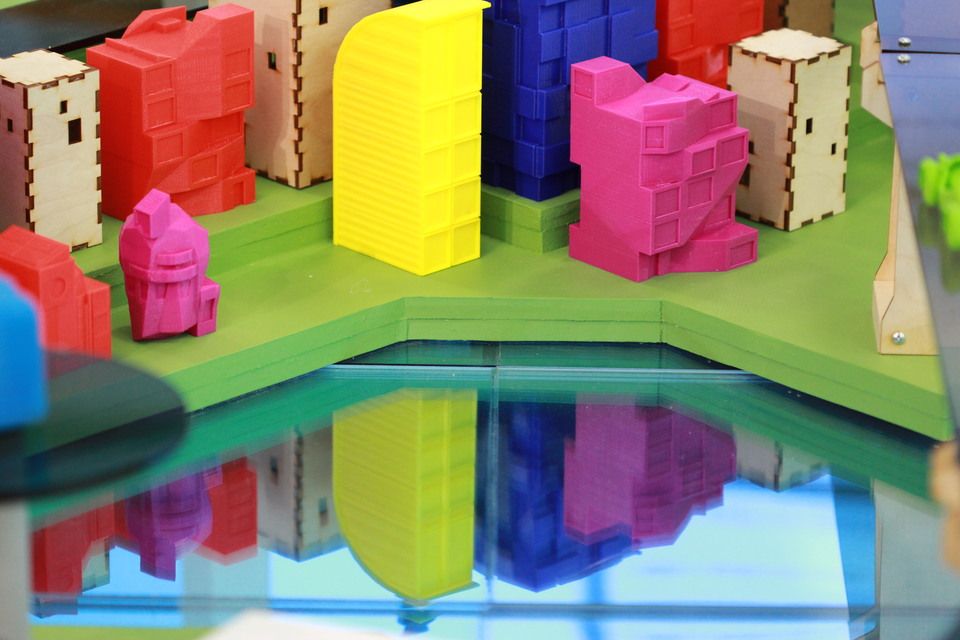 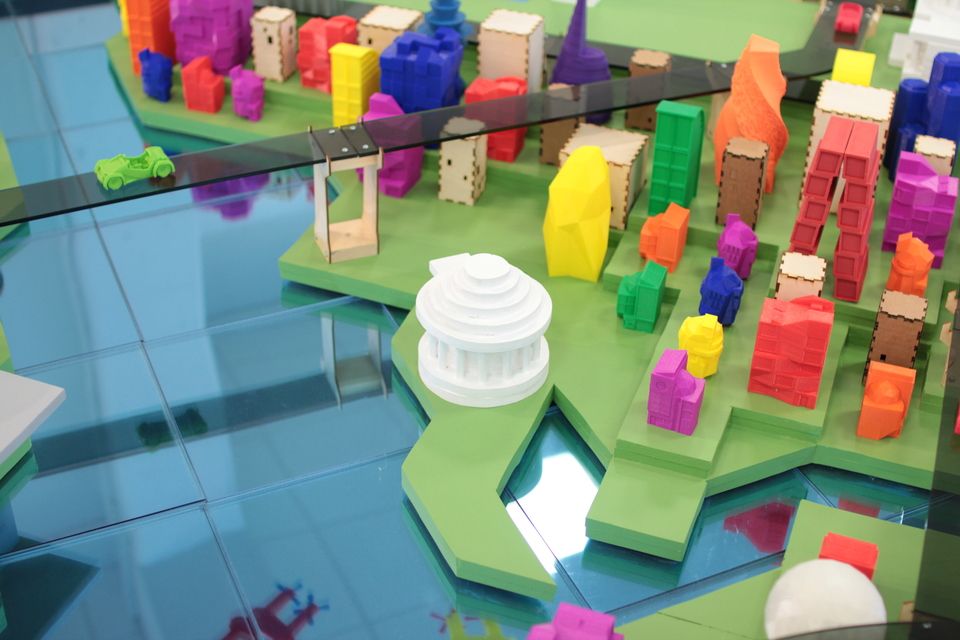 The terrain is hand-cut, stacked and glued sheets of MDF, as are the historical landmarks and monuments: Washington, Jefferson, Lincoln, US Capitol, Pentagon and White House. 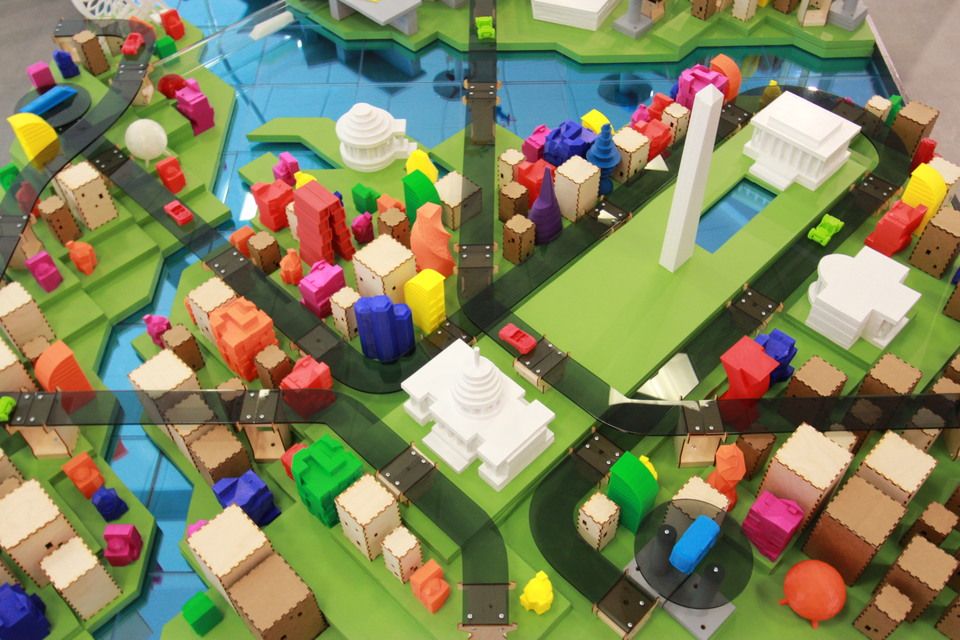 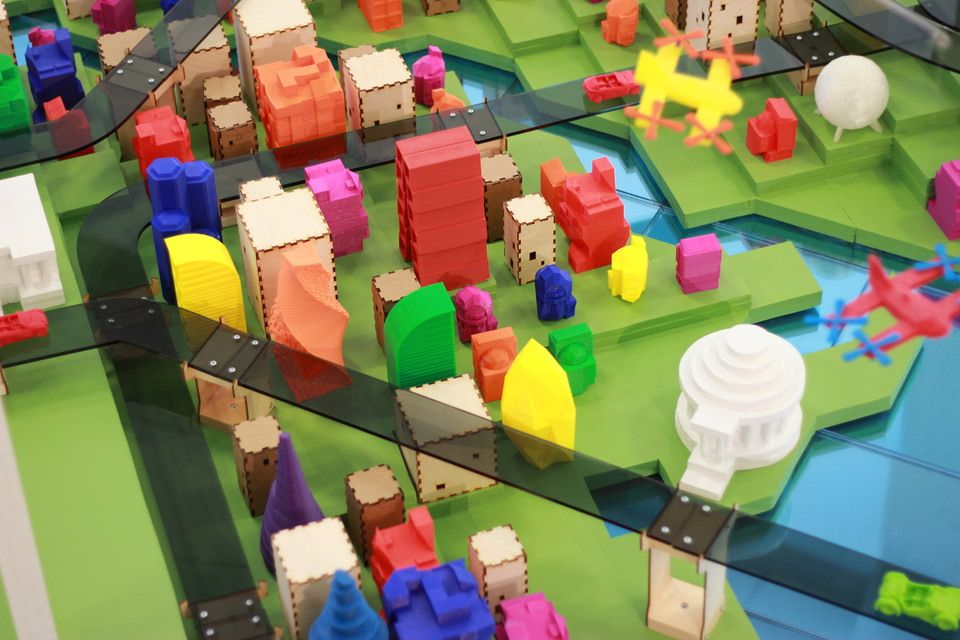 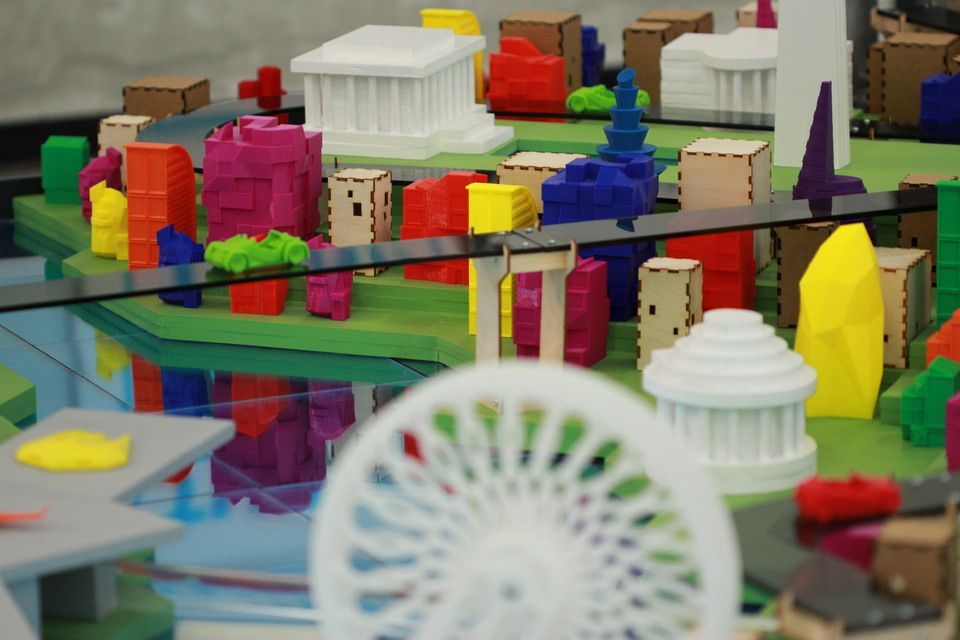 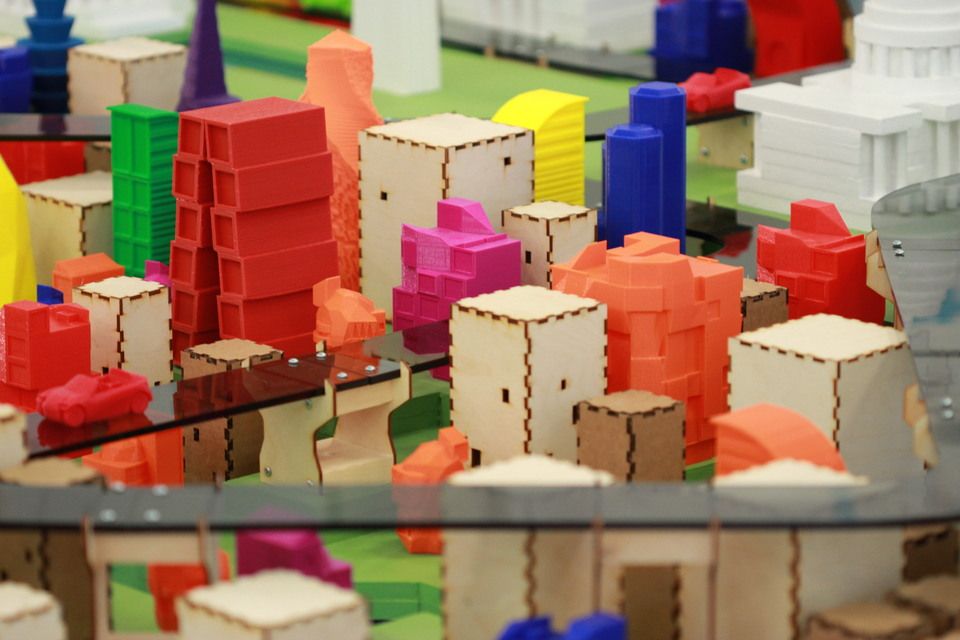 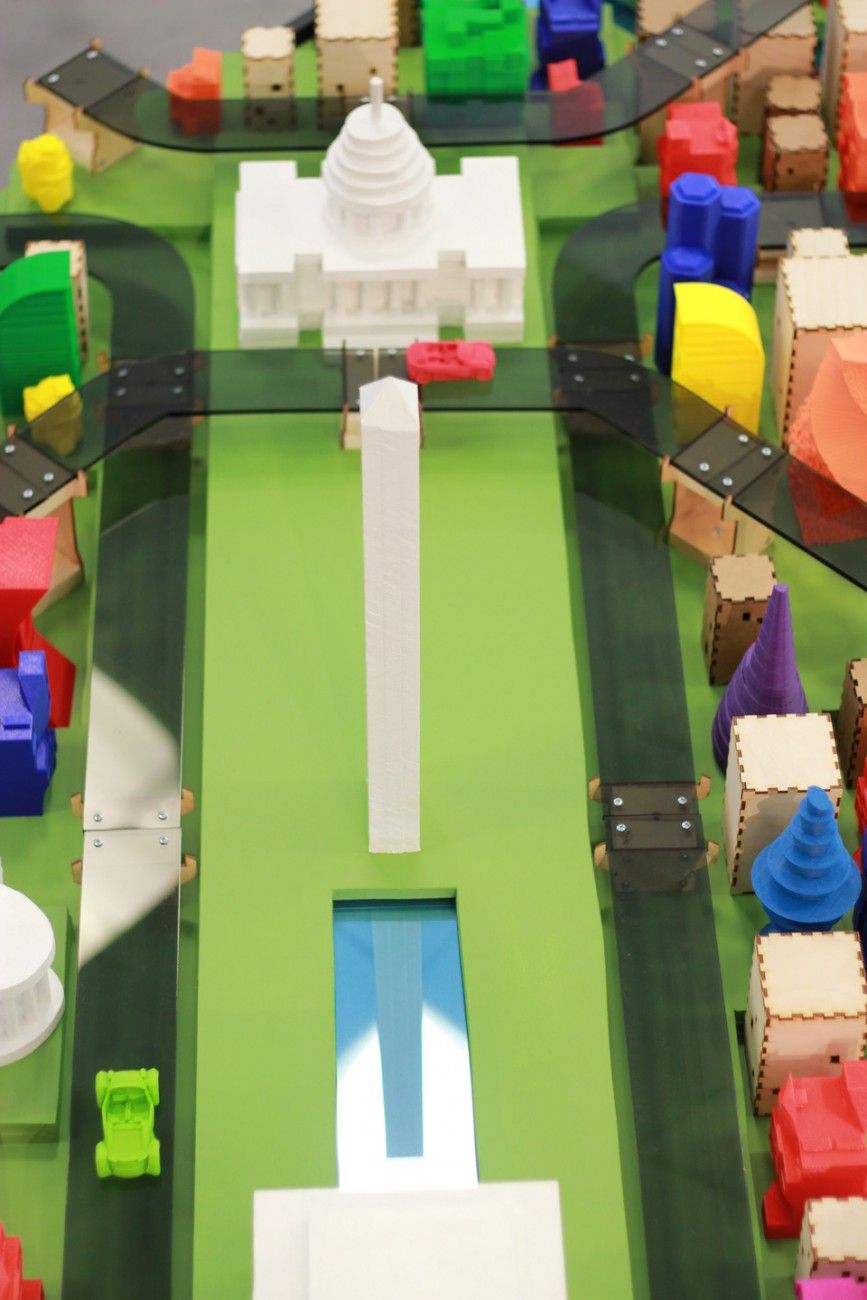